The virtues of a Men’s Health Strategy

Following on from International Men’s Day, our Men’s Health Unlocked Coordinator Damian talks about the virtues of a men’s health strategy in Leeds. 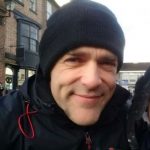 “There was a guy who used to sit on Twitter every International Women’s Day, and wait for a man to write “Yeah, well, when is International Men’s Day, then?!”, to which he would reply, “19 November.”

I’d like to think that these days his role is diminished, as knowledge of International Men’s Day increases and more and more services, such as the one for which I am writing now, engage with this annual event.

I would also like to think that the perceived imbalance to which those “What-abouters” are referring is similarly on the wane, as Leeds and society in general begins to embrace the idea of men having specific health and wellbeing needs that demand attention.

In Leeds, there have been many years’ work in this area of a “gendered approach to health inequalities”. The State of Men’s Health in Leeds Report in 2016 was the first of its kind in the country. That, and the State of Women’s Health in Leeds Report (2019), were key factors not only in embedding gendered approaches within health and wellbeing support in Leeds, for example by making it part of the Leeds City Council commissioning process, but also in the development of two bodies that are driving this agenda forward – namely, Women’s Lives Leeds and Men’s Health Unlocked.

Now, nationally, there have been more developments. Last week, the national Men’s Health Forum, in partnership with the Men and Boys Coalition and others, launched their campaign for a national Men’s Health Strategy, to accompany the one being developed for women’s health. The work taking place in Leeds, including that of the MHU network, was used as an example of how a policy can enable positive, meaningful interventions.

Of course, policy does not work on its own. In Leeds, stats and research have played a major part too. Alongside national ONS stats etc, there has been, for example, Leeds Public Health’s Suicide Audit, the excellent Leeds Observatory data collection, and the academic input such as the reports referenced above.

As such, we are able to say that men’s lifespan is nearly four years less than women’s. They are more likely to die from nearly every disease that is common to all genders. In Leeds, they are five times more likely to die by suicide. Some tower blocks in Leeds contain up to 80% men living alone.

There are also all the many years of action-learning from Leeds in this area, driven by enthusiastic and caring individuals and organisations responding to the unique difficulties emerging from the men whom they support.

Leeds’ city-wide strategic support for this work has given them an official stamp of approval, a sense of direction and a shared purpose – and a useful response to the “what- abouters”. In Ireland, where there has been a Men’s Health Strategy since 2008, the life expectancy gap between men and women has declined from 4.8 to 3.8 years. That has to be good – for everyone.”

So, what about a national men’s health strategy? If you’d like to support this campaign, please follow @mhuleeds. To find out more information on the Campaign for a National Men’s Health Strategy and register your support. Read more about the Men’s Health Unlocked network.